A measured building survey is a report that provides detailed drawings of the structure, internal and external features, and services of buildings. Measured surveys are essential for architects, builders, developers, and other professionals who need to know how to develop or renovate a property. Measured building surveys can be used in many ways including determining the suitability of an existing building for conversion; assessing the potential alternative uses; checking the structure of buildings; assessing planning applications. Other uses can be for asset managers who want to know the gross and net useable areas, or where assets are.

Planners and asset managers might want a simple model to identify the volume of terrain/structures, visual lines of site, desire lines or wind modelling. The outside is generally considered a topographical survey. However, our aim is to supply a complete integrated model of the inside and outside using our integrated approach to drone mapping and ground-based mapping.

Measured building surveys can be carried out using a variety of ground survey and aerial survey equipment. These can include Terrestrial Cameras, Theodolites, Laser Scanners and GPS equipment to measure the outside and inside of a building – in finer detail with laser scanning or terrestrial photogrammetry. From the air drones, with Lidar or Photogrammetry Cameras, can survey hidden or inaccessible features and roof details that can’t be seen from the ground. See how our drone services can help with a measured building survey here or see more about how 3d modelling and digital twins can improve your measured building survey deliverables.

What can you expect to receive when you order a measured survey?

Overall, a measured building survey provides a comprehensive record of the physical characteristics of a building through detailed drawings and digital models, and can be used for a variety of purposes, such as planning renovations or making informed decisions about the property. 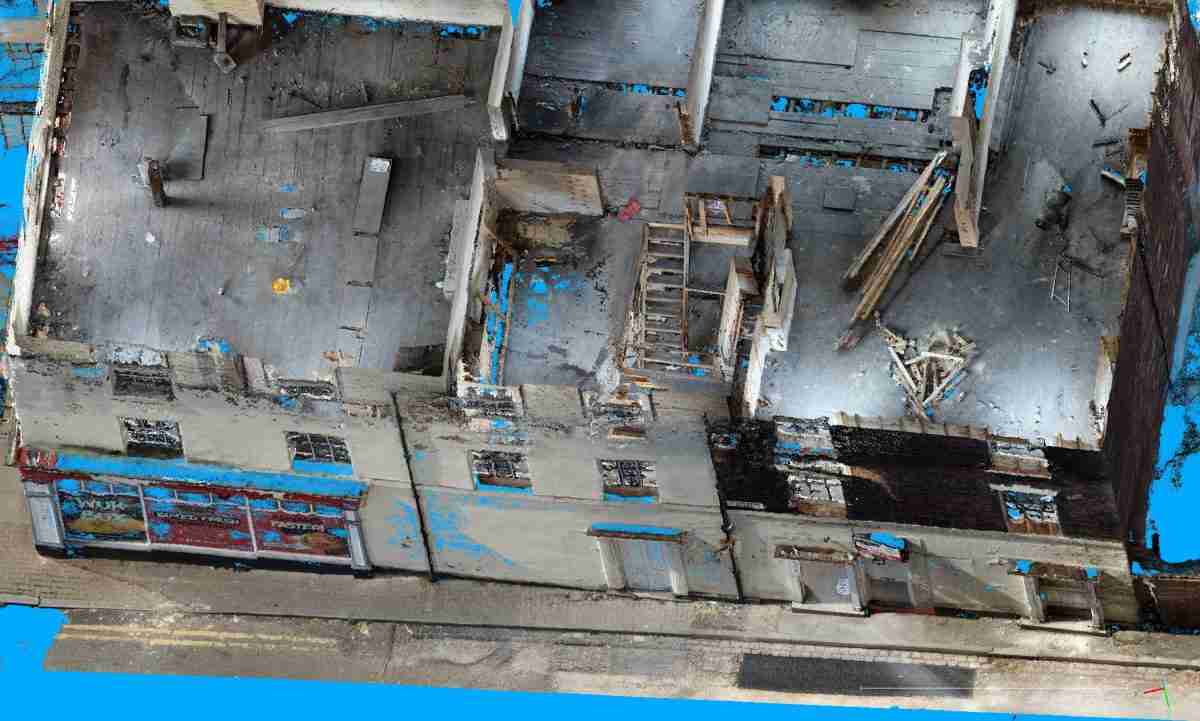 Terrestrial photogrammetry and drone photogrammetry are two different methods for collecting data for a measured building survey. Both methods have their own benefits and limitations.

Terrestrial photogrammetry involves taking photographs of a building from the ground using a handheld camera or a mounted camera on a tripod. This method is suitable for collecting detailed, high-resolution images of a building’s exterior and can be used to create accurate 3D models and floor plans. One of the main benefits of terrestrial photogrammetry is that it can be done quickly and at a relatively low cost compared to other surveying methods. 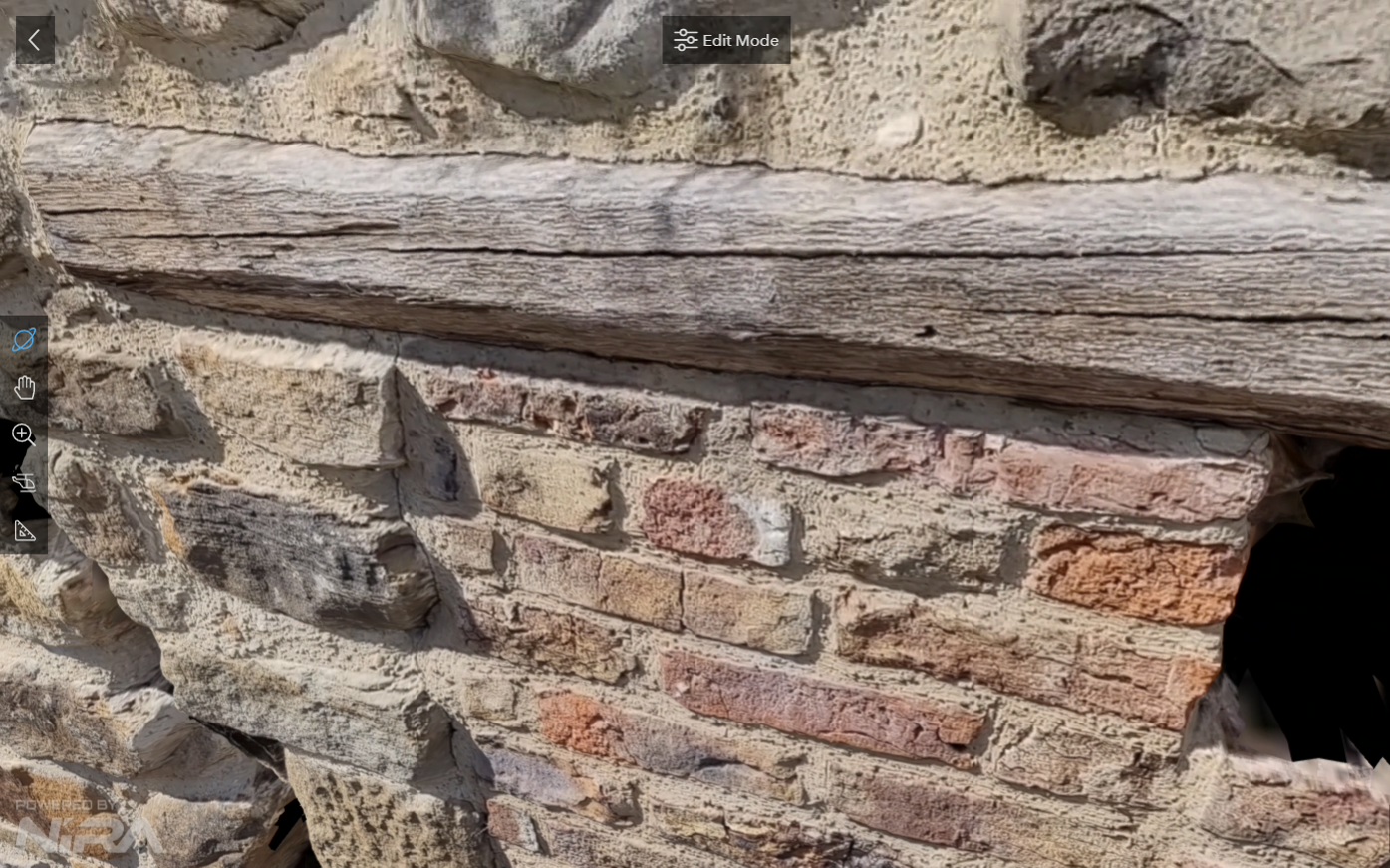 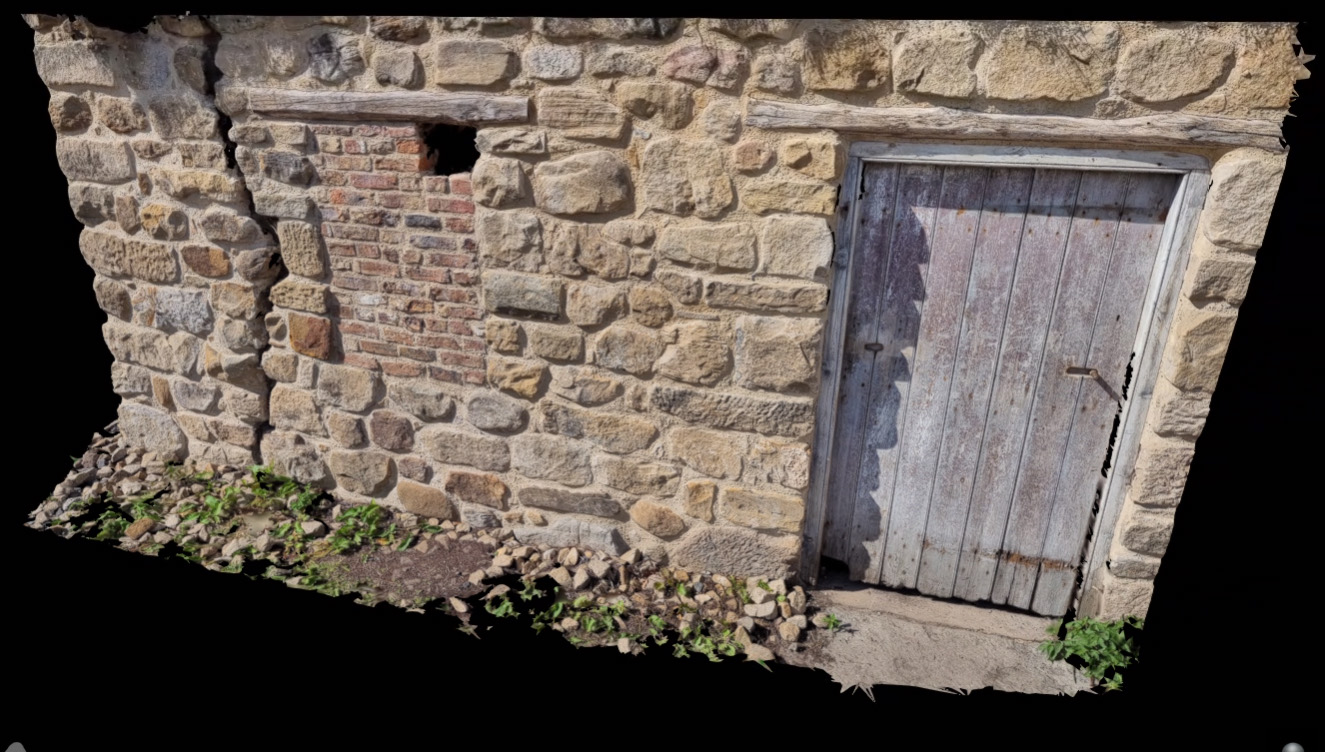 Drone photogrammetry involves using a drone equipped with a camera to take aerial photographs of a building. This method is useful for collecting images of large or hard-to-reach buildings, or for surveying areas that are difficult to access on foot. Drone photogrammetry can also be used to create 3D models and floor plans, and is particularly useful for collecting data on the roof and upper levels of a building. One of the main benefits of drone photogrammetry is that it allows for the collection of detailed images from multiple angles, which can be useful for visualizing the building’s structure and identifying any defects or damage. 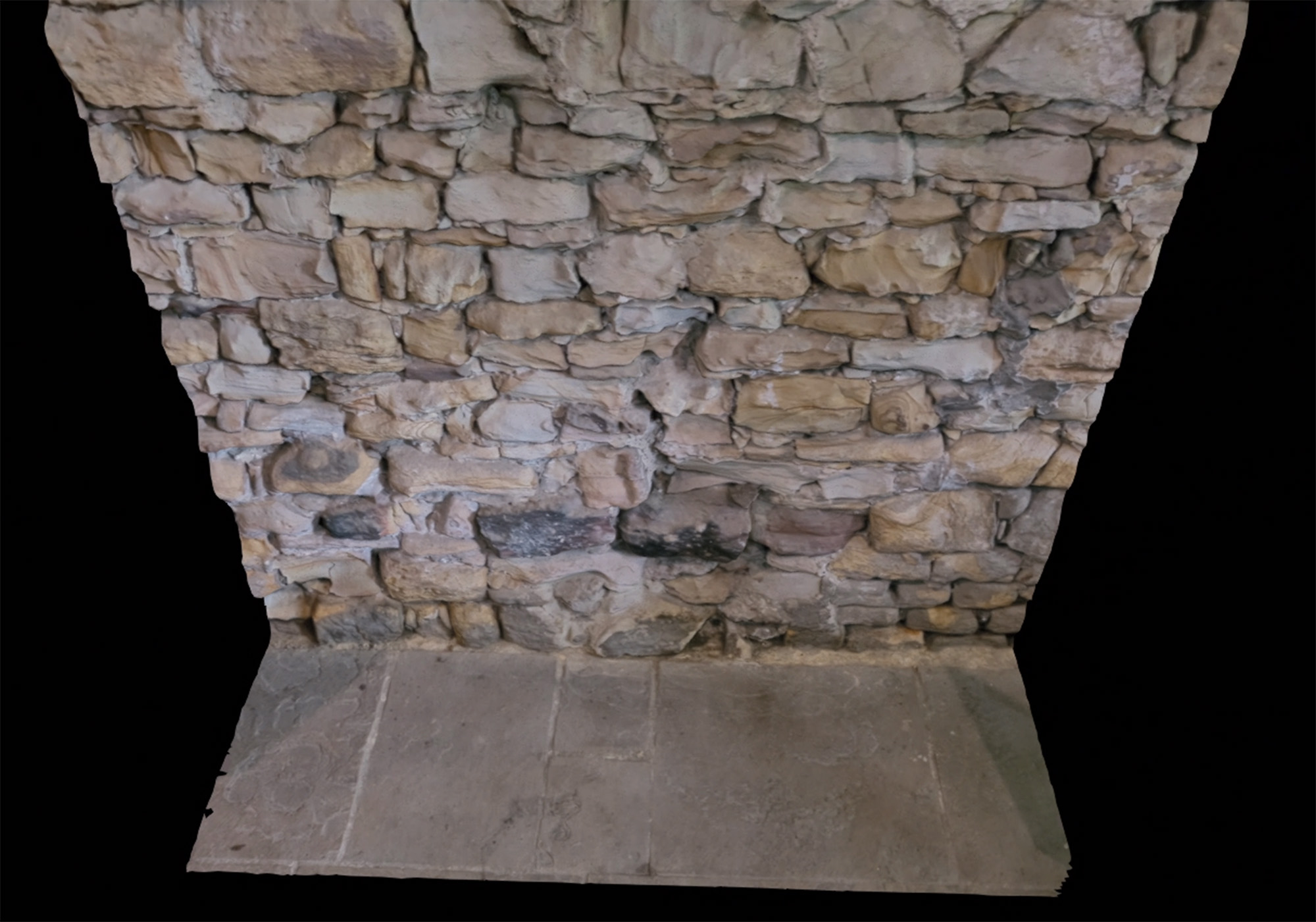 3D Laser scanning can collect a lot of data very quickly in measured building surveys of buildings and their surroundings. Often revealing relationships between objects that would go unnoticed on site or on a simple map or plan. 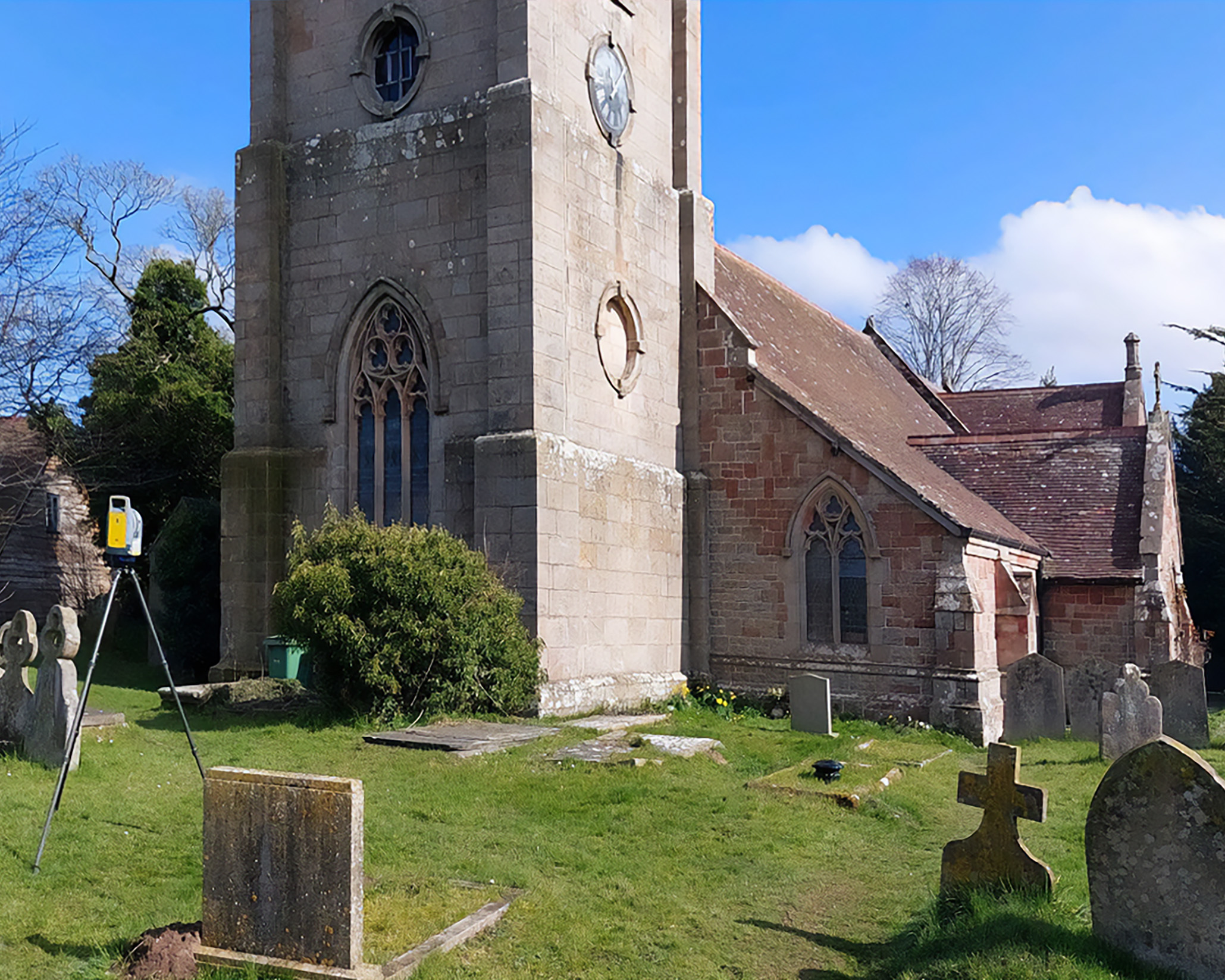 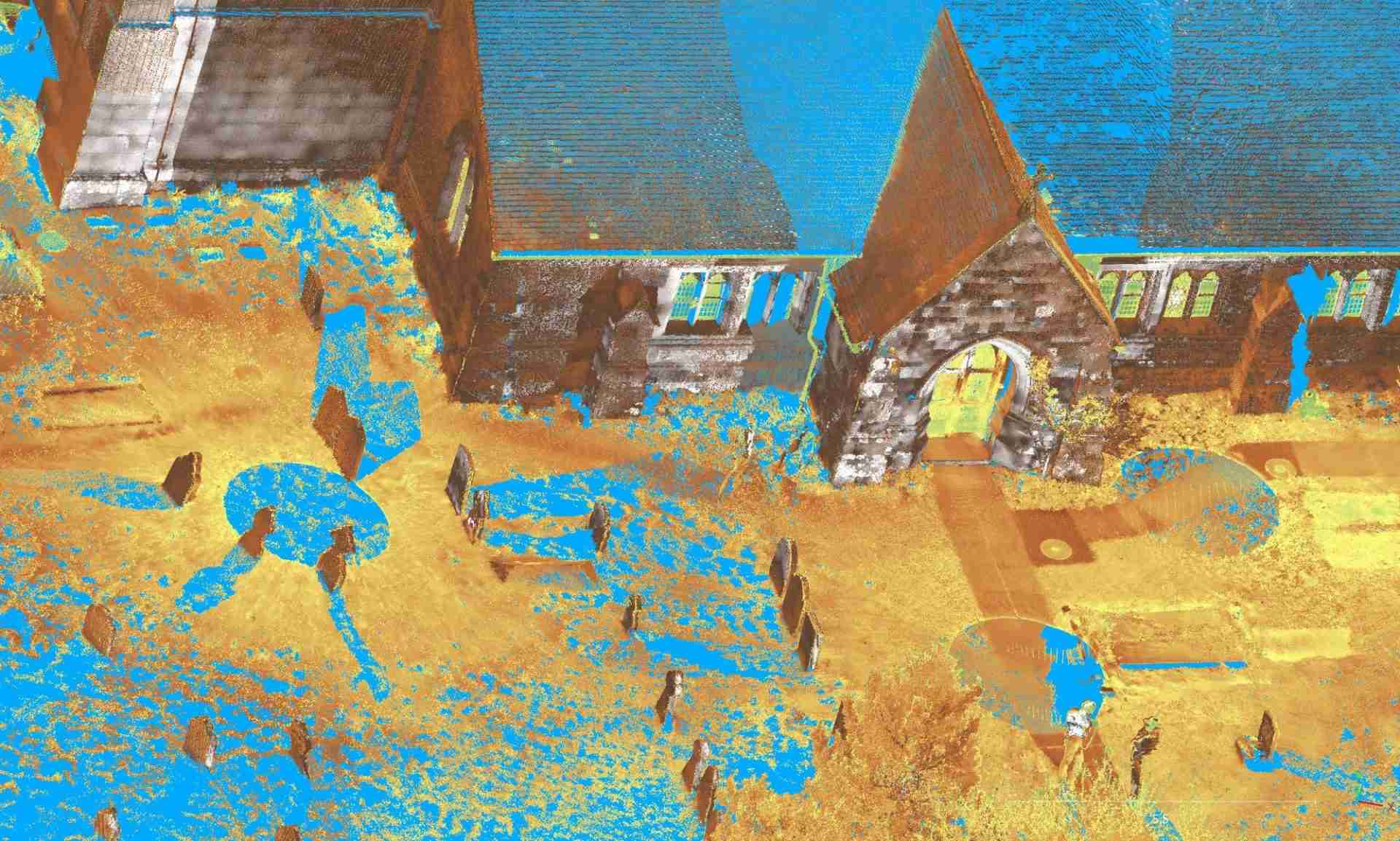 A 3D laser scanning survey, also known as a laser scan or LiDAR (Light Detection and Ranging) survey, is a technique used to accurately measure the physical features of an environment. It works by emitting laser beams from a device and measuring the time it takes for the beams to reflect off of objects in the environment and return to the device. The measurements are then used to create a detailed 3D model of the environment, which can be used for various purposes such as building or land surveying, architectural design, or infrastructure planning. 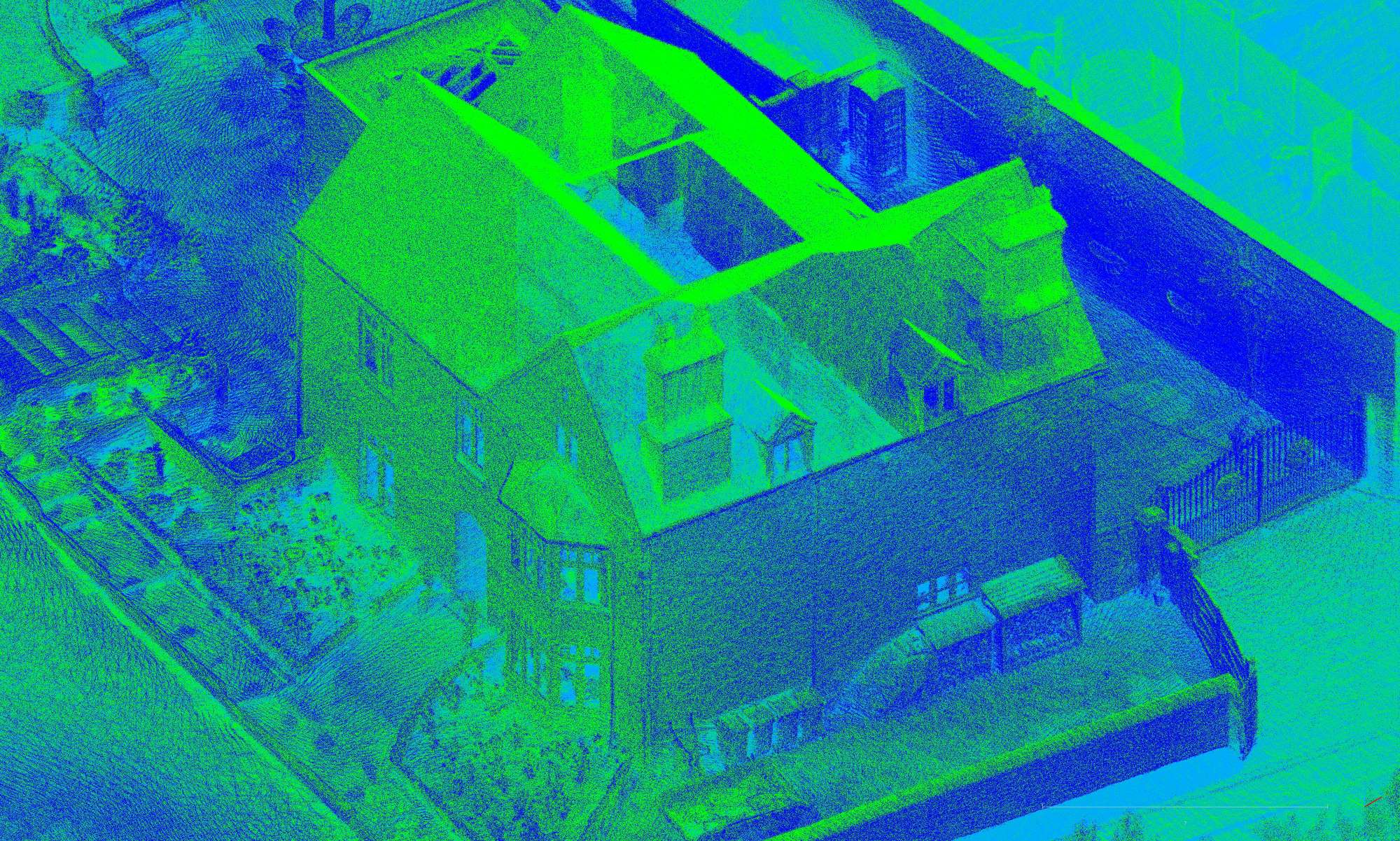 Dense point cloud of ground scanning and drone scanning data sets. Blue: from the ground. Green: from the air

Laser scanners are visual line-of-sight instruments so it is important that they are located in positions to best see the points to be measured, capturing the most points from the fewest locations possible. A good land surveyor is acutely aware of the Pareto principle, also known as the 80/20 rule. Surveyors are seeking to gather as much data as possible from as few a number of control points or scan positions as possible. 20% of the observation positions will see most of the site whilst the other 80% will only see 20% of the site. A good surveyor will recce a site before the survey and ensure that scan positions and workflows are optimised for efficient data gathering.

In a laser scan survey, the device is typically mounted on a tripod or carried by a surveyor, and it is moved around the environment to capture data from different angles. The data is typically collected in the form of points, which represent the position of the object in 3D space. The points are then used to create a digital surface model (DSM), which is a representation of the surface of the objects in the environment. 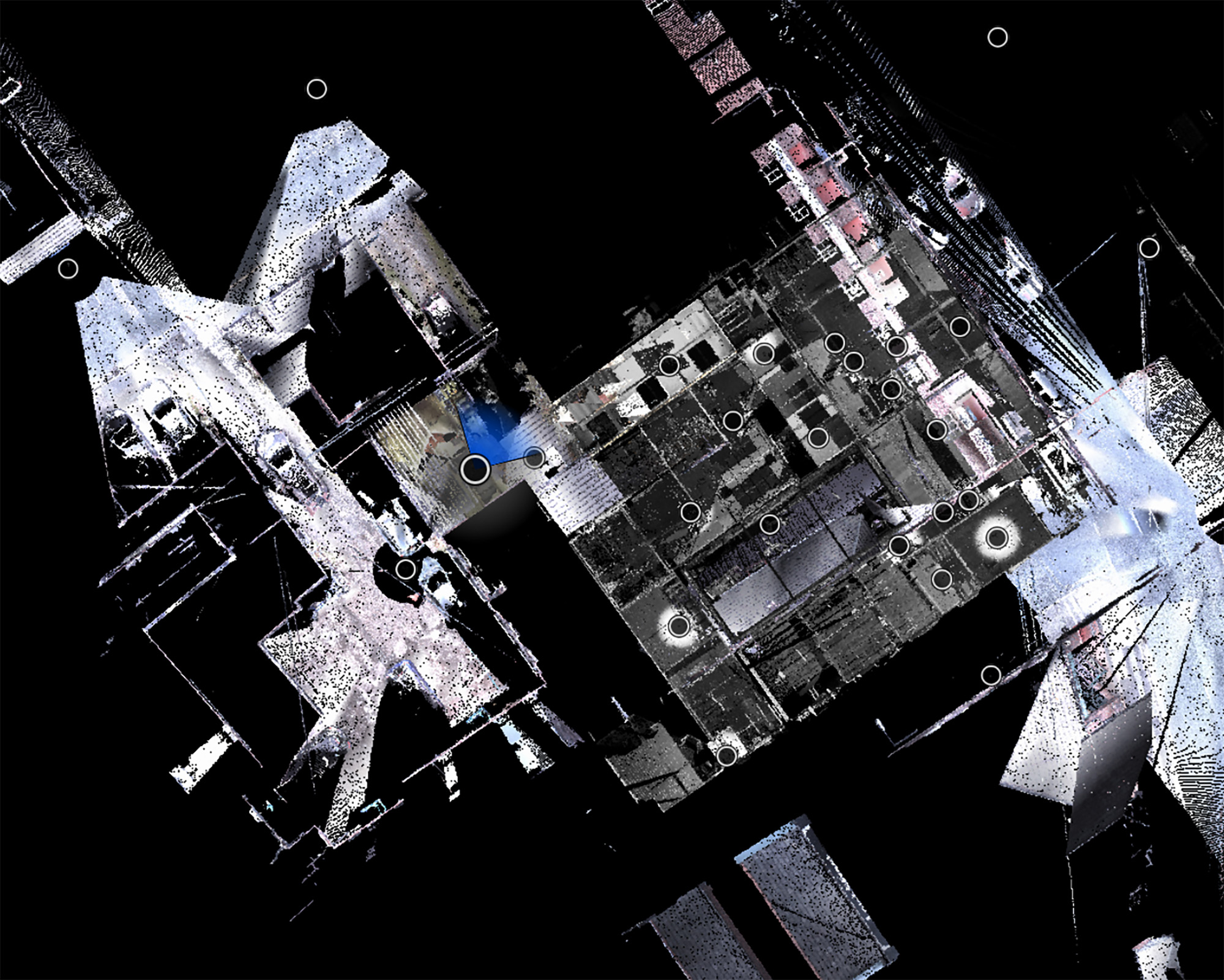 Laser scanning surveys are highly accurate and can capture detailed information about the shape, size, and location of objects in the environment. They are often used in conjunction with other surveying techniques, such as traditional land surveying or GPS, to create a complete and accurate representation of an environment.

In addition to stationary laser scanning surveys, there are also mobile laser scanning methods that can be used to capture data on the go using Slam technology. Simultaneous localization and mapping (Slam) mobile scanners use LiDAR along with cameras and Inertial Measurement Units (IMUs) to map on the fly using trajectory data from the IMU. Much like a static terrestrial scanner it works by emitting laser beams from a device and measuring the time it takes for the beams to reflect off of objects in the environment and return to the device. However, measurements are adjusted to take account of the IMU’s trajectory data to calculate potions relative to the scanner. Data is also corrected when trajectories overlap and common data is recognised by the software. This helps improve the accuracy of mobile scanner data.

One common method is handheld laser scanning, which involves using a portable laser scan device that is carried by a surveyor as they walk through the environment. This method allows the surveyor to capture data from a wide range of angles and perspectives, and it is often used in situations where it is not practical to set up a tripod or other stationary equipment.

Mobile laser scanning can also be done using a vehicle, such as a car or a boat. In this case, the laser scan device is mounted on the vehicle and is used to capture data as the vehicle moves through the environment. This method is often used to survey large areas or environments that are difficult to access on foot. Streets and highways are typical examples of vehicle-mounted scanner surveys, as traffic management isn’t needed for the survey and the relative safety for surveyors is improved.

Finally, laser scanning can also be done using a drone. In this case, the laser scan device is mounted on a drone and is used to capture data from the air as the drone flies over the environment. This method is often used to survey large or inaccessible areas or to capture data from a unique perspective. From a speed and safety perspective a drone scan with Slam or Lidar.

Contact us if you want to know more about how our integrated services can help your project run smoothly.